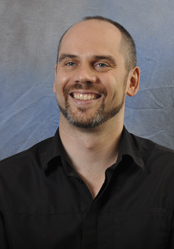 where he also held a courtesy appointment in the Department of Speech, Language and Hearing Sciences (2009-2011). The focus of Joe’s research is ‘attrition’ or the failure of the vast majority of compounds in human trials; in particular the role that animal models play in this problem and what we can do to improve the ability of animal models to predict human outcomes. Reducing or solving this problem will have huge benefits both for research animals and for human patients. Joe’s research topics include the development of refined methods in behavioral research; abnormal behaviors in animals (including barbering and ulcerative dermatitis) and their relationships with abnormal behaviors in humans; mouse well-being and enrichment; and the scientific impact of well-being problems in lab animals. Joe serves, or has served, as a Council Member for the International Society for Applied Ethology, an Editor for Applied Animal Behavior Science, a Special Topics section editor for the Journal of Animal Science, on the AAALAC Board of Trustees, on the SCAW Board of Trustees, on the Scientific Advisory Board of the Trichotillomania Learning Center, and on the Scientific Advisory Board of the Tourette Syndrome Association. Joe’s work is available via a number of different websites: 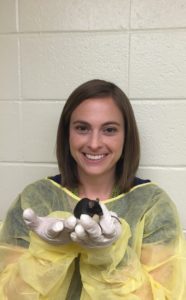 Dr. Gaskill received her BS from Kansas State University in 2004 and her PhD in animal behavior and well-being from Purdue University in 2011. After graduation, she spent 2.5 years as a postdoctoral research scientist at Charles River, studying the behavior and well-being of laboratory rodents. She is currently an assistant professor of animal welfare at Purdue University in the comparative pathobiology department and has a courtesy appointment in Animal Sciences. Her previous research has covered behavioral and physiological thermoregulation of mice in laboratories and its impact on mouse well-being. Additionally she has been involved in developing new and improved types of cognitive testing for mice that are used in psychiatric and neuroscience research. Brianna’s other research interests include Show / Hide

the development of refined methods in behavioral research, rodent well-being, and the scientific impact of well-being problems in lab animals. Brianna has published in the behavior and well-being, laboratory animal, and experimental psychology literatures and has given presentations on her work at Universities and other institutions. She received a highly commended paper prize from the NC3R’s in 2015, the prize for exceptional service in laboratory animal science from the Swiss Laboratory Animal Science Association and New Investigator Award from the International Society for Applied Ethology in 2013.

Cathleen Rodda is currently a graduate student in the Alberts lab at Indiana University. She earned her first bachelor’s degree, in psychology, and a second in Animal Sciences (with a specialisation in animal behavior and welfare), from Purdue University. Between degrees she spent almost 2 years working as a Child and Adolescent Case Manager. Almost a year after returning to school for her degree in animal science, Cathleen began working for Dr. Joseph Garner, doing research on the behavior and biology of laboratory mice. She received funding from the Purdue University Undergraduate Research Fellowship to help create this web based ethogram. 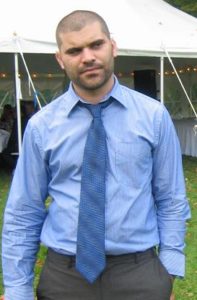 Brett Dufour is a senior research assistant at Oregon Health & Science University in the Department of Neurosurgery Research. He completed his MS degree at Purdue University, investigating the role of nutritional up-regulation of serotonin in the treatment of barbering behavior and the development of ulcerative dermatitis. He has worked with Joe Garner on research projects involving abnormal repetitive behavior in mice for over 5 years, and is responsible for creating the first version of this ethogram. 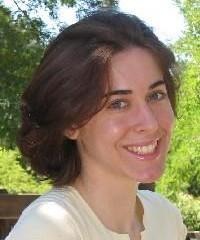 Aria graduated in 2003 from the University of California at Davis with Bachelor's Degrees in French and Animal Science. Her undergraduate studies and internships helped develop her desire to improve animal welfare in research and promote humane education curriculum in the biological sciences. She implemented these goals in her positions at the University of California at San Francisco, in both the Laboratory Animal Resource Center and the Institutional Animal Care and Use Committee, and as a certified high school educator. She is currently pursuing RVT certification and work in animal shelter medicine and sanctuaries. 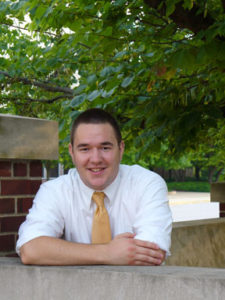 Jon Klein is a PhD student in Purdue University’s PULSe program. He is a member of the Integrative Neuroscience research group with a focus on using animal models for abnormal behaviors. Jon graduated from Purdue in 2009 with a BS in Biology and a minor in philosophy. Previously he has helped with research in nutritional influences on brain serotonin levels and barbering and development of a device to remotely monitor laboratory mouse health. 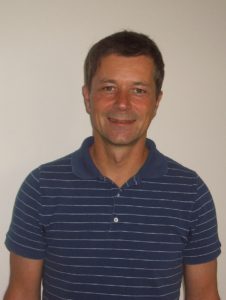 Hanno Würbel, Dr.sc.nat, has studied biology (zoology) at the University of Berne (Switzerland) and graduated from the ETH Zurich (Switzerland) in 1996 with a thesis on the development of stereotypies in laboratory mice. Funded by the Swiss National Science Foundation he continued research on stereotypies in mice as a postdoc in the group of Christine Nicol at the University of Bristol (UK). Back at ETH Zurich, he started to develop a research program on environment-dependent plasticity of brain and behavior in relation to questions of animal husbandry and Show / Hide 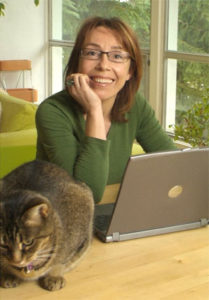 As a child, I loved animals and was addicted to the books of Gerald Durrell, James Herriot and David Attenborough. In my teens, this merged with a passion for biological science -- fuelling the uncertain feeling that I should probably be a veterinarian. However, once a pre-clinical veterinary student at Cambridge (vet. med. is an undergraduate degree in the UK), six terms of anatomy and pharmacology, and two summers spent squeezing dogs’ anal glands and castrating piglets, were enough for me! I switched to Zoology – and have never looked back. Learning about animal behaviour and evolution, and about how research is conducted, Show / Hide

was a revelation and a joy. I was particularly fascinated (and disturbed) by one contrast between what I was being taught and what I saw happening in zoos. Wild animals should use their time and energy efficiently, according to Optimal Foraging Theory – and yet in captivity they often spend hours pacing, rocking, or plucking their fur out. So began my lifelong interest in stereotypic behaviour (first pursued in a Ph.D. supervised by Professor Pat Bateson at the Sub-department of Animal Behavour, Madingley), and my broader interests in animals’ motivations to perform natural behaviours, the impact that captive environments can have on brain function, and the objective assessment of animal welfare. After 10 years of the calm and sanity of Cambridge (especially Clare and Darwin Colleges), I spent 10 years in the crazy hothouse of the Zoology Dept., Oxford. I moved to Guelph in 2004, where I live in an eccentric 1960’s house(fondly nick-named ‘The Money Pit’) with ecologist Jonathan Newman; teenage step-son and skate-boarder supreme, Griffin; and two middle-aged and rather spoiled cats, Mouse and Sophie. 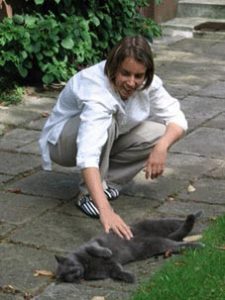 Already as an undergraduate student in Animal Sciences at the Swedish University of Agricultural Sciences, I realized that there was more to animal science than making cows give more milk. When graduating in 1994, I had settled for ethology and animal welfare as my professional habitat, which I haven’t left since. Having completed my PhD in ethology, also at the Swedish University of Agricultural University, in 2001 I started my postdoc career by going against all recommendations, moving to work with something I had never worked with – laboratory rodent behaviour Show / Hide

and welfare - in a place where nobody worked with this topic. This resulted in the establishment of the Laboratory Animal Science group at the Institute for Molecular and Cell Biology (IBMC) in Porto, Portugal, a research group I coordinate since 2005. What saved my academic sanity when changing topic, institution and country was largely the collaboration initiated in 2002 with Professor Peter Sandøe, Danish Centre for Bioethics and Risk Assessment. This collaboration is now the basis for a productive line of empirical research into the ethics of animal research and technology, developed in parallel with the research into behaviour and welfare. Having learnt about the difficulties in breeding mice the hard way, I have a particular research interest in maternal behaviour and pup survival. I'm a member of the editorial board of the journal Laboratory Animals, former council member and present member of the ethics council of the International Society for Applied Ethology and executive board member of the European Society for Agricultural and Food Ethics. I'm the executive secretary of the institutional animal ethics committee and coordinate our accredited FELASA Cat C course in laboratory animal science. Although there's great affinity between me and my feline summer neighbour Hugo, we don't necessarily agree on the importance of mouse welfare. 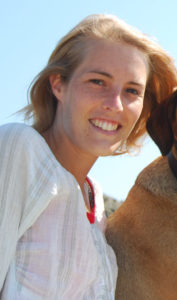 I have a MSc in Biology from Gothenburg university and work as a PhD student at the department of animal environment and health at the Swedish University of Agricultural Sciences (SLU) in Skara, Sweden. I have always had a great interest in ethology and especially welfare of lab animals and I started working with laboratory animal behaviour and welfare in 2004 when I did my master project on maternal behaviour in mice at the Institute for Molecular and Cell Biology, Porto Portugal, with Anna Olsson as main supervisor. During that work we realized how common it is that mouse pups die short after parturition and also, the lack of knowledge on why the pups die. This lead to my PhD project and I now work with maternal behaviour and perinatal mortality in laboratory mice. I mainly work with behaviour observations and Show / Hide

study how different housing environments affect maternal care and survival of offspring. After studying mice for several years I still think they are really fascinating animals. I also have a great interest in ethics and I am involved in teaching students in the ethology and animal welfare program held at SLU in Skara, specifically laboratory animal science within the courses ethology, animal welfare and ethics. 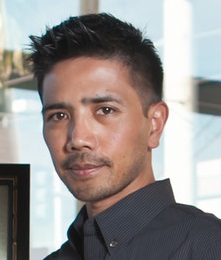 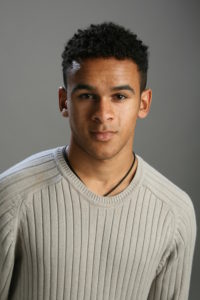 Cade May is an undergraduate at Stanford University, and a member of Stanford's Class of 2019. Cade was responsible for designing and converting the mousebehavior.org website to a WordPress site.